My Mission: By traveling I want to connect with people from all over the world and spread peace, love, and happiness through cultural exchange, respect, and positivity.

While growing up, I heard Bob Marley songs occasionally here and there and thought they were okay, but not the best music. That changed when I was 16 and traveled to Jamaica for the first time. I stayed with my dad and sister in a hotel in Negril for two weeks. It was inevitable listening to a lot of reggae music. We also did some excursions around the island and talked to many Jamaicans, including Rastafarians. Even though my English was not good enough to understand everything, I started to apprehend and appreciate reggae and rasta culture. And fell in love with Bob Marley, of course. 😉 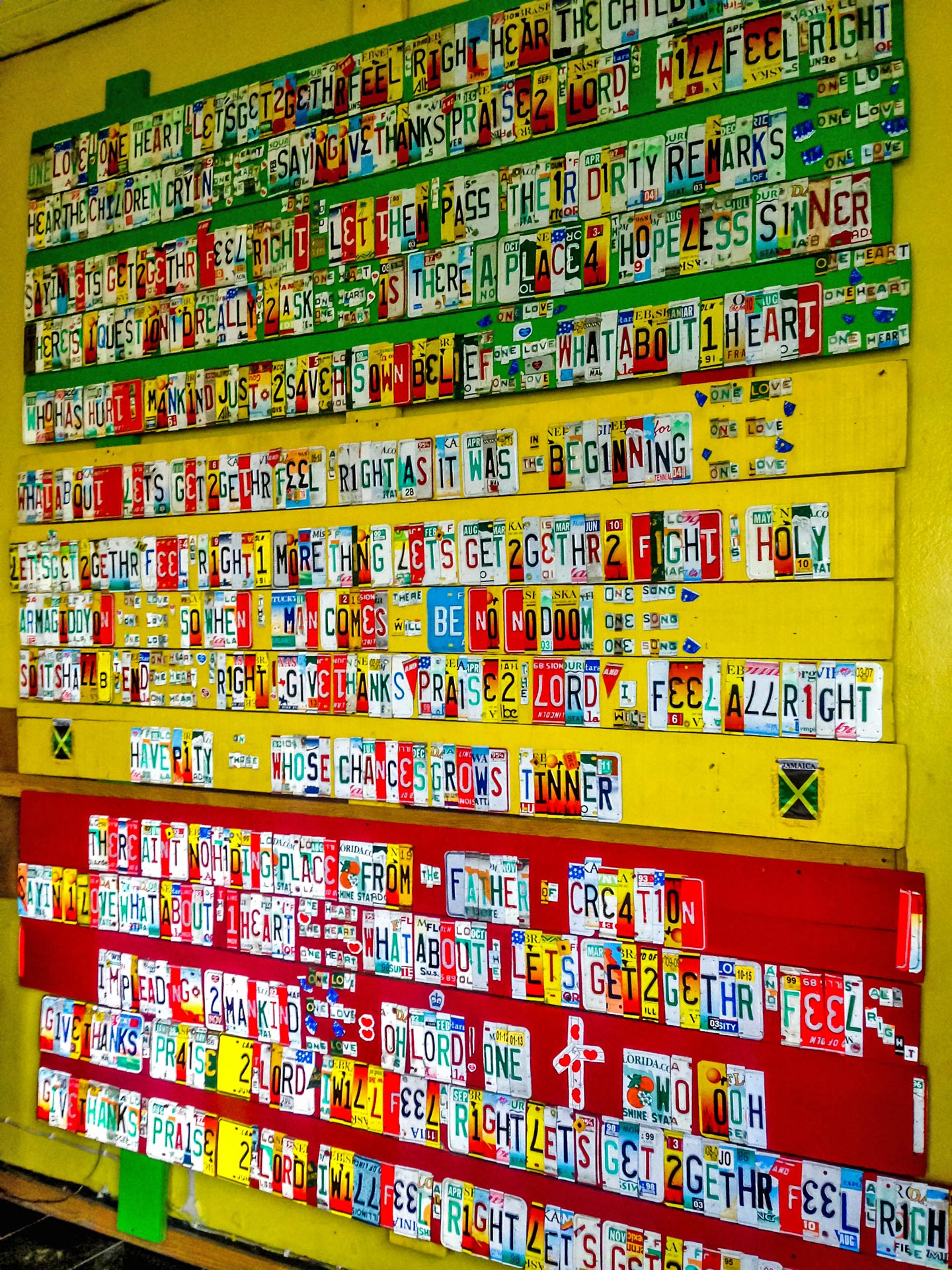 The lyrics of Bob Marley’s One Love are written with letters of different license plates. I liked this piece of art at Tuff Gong studios in Kingston, Jamaica.

Over the years, I learned more, integrating one love and reggae into my life. One of my favorite Bob Marley quotes that I try to live by is

“The greatness of a man is not in how much wealth he acquires, but in his integrity and his ability to affect those around him positively.”

I realized that the best way to make a difference is to spread as much positive energy as possible. Besides, making the people around you feel better, this energy is what remains of you after death, giving the people who remember you either a good or bad feeling. Of course, we don’t always succeed in only being positive to everyone. But I try as much as possible. 🙂 On top of that, you also receive more positive energy from the world around you if you send out positivity.

The more I’ve traveled, the more I realized that people around the world have more in common than you might think and than is portrayed in the media. Naturally, every country and culture is unique. There are even differences within one country or city. But in the end, we are all humans who want to live in peace. Undoubtedly, there are also some people who do bad things. But the great majority is good and only wants your best.

Over the years I’ve learned not to have any prejudices and not to judge anyone at first sight. After getting to know someone better, I do form an opinion because I naturally can’t like everyone the same. But everybody has their reasons for being and behaving the way they are that might not even be their own conscious decisions sometimes. So I always treat other people with respect, even if I don’t agree with them. There is a video I like that talks exactly about that. The title Why I Love Terrorists might seem drastic, but in the end, love is the only solution.

So I can also fully agree with Bob Marley’s following statement:

While Bob Marley is an inspiration and eternized One Love in one of his most famous songs, he is not the only one promoting this way of life of course. Another of my all-time favorite songs is John Lennon’s Imagine that I concur with every word. I like all different kinds of music, but reggae has become my favorite over the years. Maybe partly because it is liked around the world. I have only met very few people who didn’t like Bob Marley. And ten years after my first visit to Jamaica, I returned to the island with my own rastas. 🙂 I rather live the Rasta culture as a lifestyle and not a religion.

In September 2017, I started the journey that I had wanted to do for a long time. The plan is to travel until I get tired of it and then find a place where I want to stay. I can’t wait to get to know all different kinds of people and their cultures, see diverse ways of life, learn about new things and ideas. All of that I do with an open heart and mind. 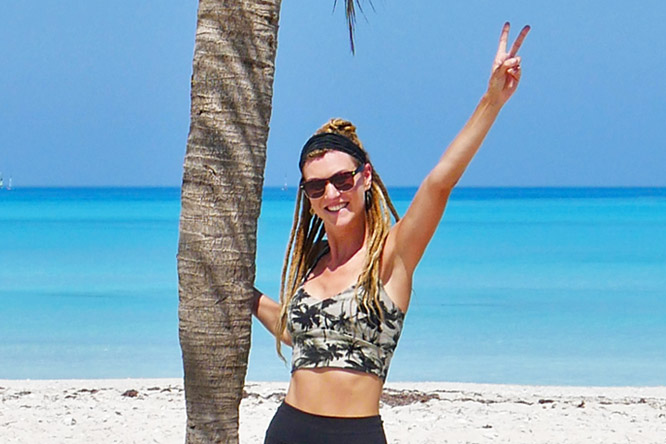 Why I Do What I'm Doing 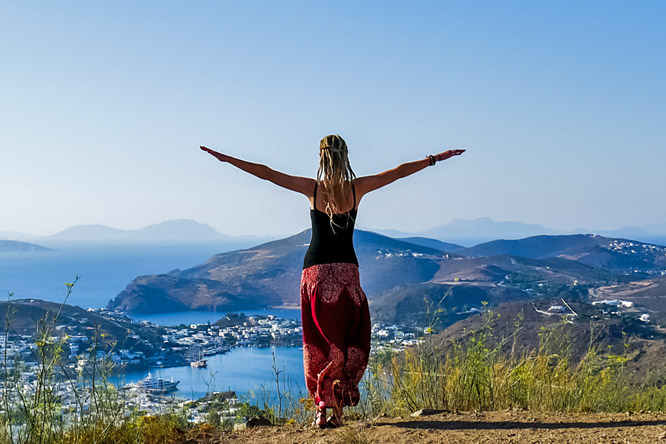 Read more about my journey & come with me > 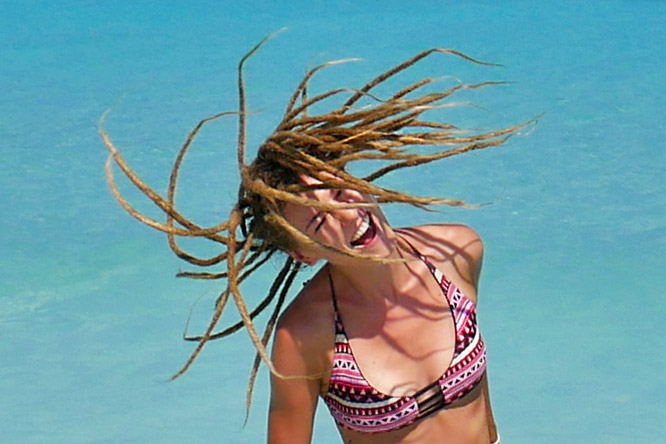 Leandra's ups and downs of having rastas >
This website uses cookies to improve your experience and to analyse our traffic. We'll assume you're ok with this, but you can opt-out if you wish.OK No Learn More
Learn More

This website uses cookies to improve your experience while you navigate through the website. Out of these, the cookies that are categorized as necessary are stored on your browser as they are essential for the working of basic functionalities of the website. We also use third-party cookies that help us analyze and understand how you use this website. These cookies will be stored in your browser only with your consent. You also have the option to opt-out of these cookies. But opting out of some of these cookies may affect your browsing experience.
Necessary Always Enabled
Necessary cookies are absolutely essential for the website to function properly. This category only includes cookies that ensures basic functionalities and security features of the website. These cookies do not store any personal information.
Non-necessary
Any cookies that may not be particularly necessary for the website to function and is used specifically to collect user personal data via analytics, ads, other embedded contents are termed as non-necessary cookies. It is mandatory to procure user consent prior to running these cookies on your website.
SAVE & ACCEPT